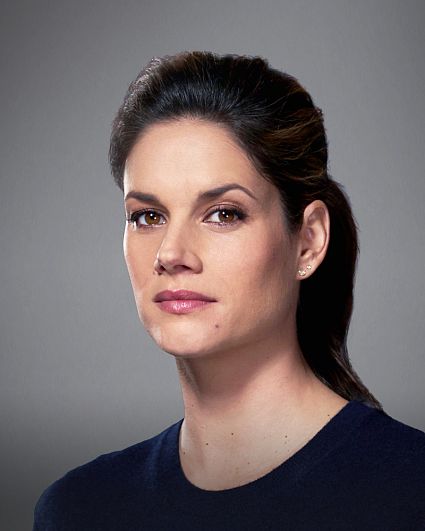 Agent Maggie Bell
Missy Peregrym
Biography
Missy Peregrym captivated audiences with her feature film debut as a rebellious gymnast in the film Stick It, and has continued to develop her craft as a successful actor in both film and television ever since. As one of the stars of Rookie Blue, she reminded audiences that she is both tough and vulnerable, starring as a rookie cop for six seasons in the series.

Peregrym began her career as a model when she was 18 years old. She has appeared in commercials for Mercedes Benz, Sprint Canada, and the Olympics. The campaigns caught the eye of casting directors, and her career quickly transitioned into acting. She landed her first television role on the action-drama series Dark Angel. Additional television credits include Hawaii Five-0, Van Helsing, Reaper, Heroes, Ten Days in the Valley, The Night Shift, and Life as We Know It, among many others.

Her feature film credits include Back Country, which made its debut at the Toronto International Film Festival in 2015. In 2012 Peregrym appeared in Yahoo's first digitally released movie, Cybergeddon. She was honored in 2010 at the Toronto International Film Festival as one of Playback's "Top 10 to Watch" for her accomplishments and talent as an actress.

Peregrym is a native of Canada, born in Montreal, and raised in Vancouver. Currently, she lives in California full-time. Outside of acting, she enjoys watching basketball, football, and hockey; knitting; reading; and interior design. She is an animal lover and has a golden doodle named Charly. Her birthday is June 16. Follow her on Twitter and Instagram @mperegrym.