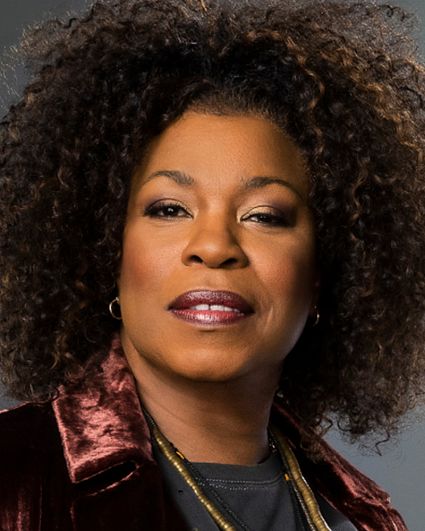 Lorraine Toussaint is a SAG Award-winning performer best known for her role in the Academy Award-nominated feature film Selma, and for playing "Vee" in the television series Orange is the New Black, which earned her a Critics Choice TV Award for Best Supporting Actress.

Toussaint’s first television appearance was in in the 1983 movie The Face of Rage. Her career skyrocketed after she co-starred opposite Annie Potts in Any Day Now, a role that earned her an NAACP Image Award nomination and a Wiley A. Branton Award from the National Bar Association.

Additionally, Toussaint starred in the drama series Rosewood and had recurring roles on Friday Night Lights, Saving Grace, Law & Order, Ugly Betty and The Fosters. She has guest starred on CSI: Crime Investigation, on the Network, Grey’s Anatomy, Scandal and Grace and Frankie. Along with The Equalizer, Toussaint can be seen starring in Your Honor, opposite Bryan Cranston on Showtime.

Toussaint narrated the documentary series Unladylike and has lent her voice to characters in the animated projects She-Ra and the Princess of Power, Big City Greens and The Magician’s Elephant.

Toussaint’s first feature film role was opposite Burt Reynolds in the crime comedy Breaking In. Her additional film credits include Ava DuVernay’s Middle of Nowhere, Guillermo del Toro’s Scary Stories to Tell in the Dark, The Glorias, opposite Julianne Moore, Dangerous Minds, The Soloist, Sprinter, Girls Trip, The Night Before, Love Beats Rhyme, Silent Retreat, Fast Color. She can next be seen in the Toronto Film Festival hit Concrete Cowboys, opposite Idris Elba, and starring opposite Jack Whitehall and Isabella Rossellini in Silent Retreat.

Born in Trinidad, Toussaint and her mother moved to Brooklyn, NY when she was 10 years old. She attended New York’s renowned Fiorello H. LaGuardia High School of Music & Art and Performing Arts, followed by the prestigious Julliard School’s drama program, from which she graduated with a Bachelor of Fine Arts degree.

On her college graduation day, Toussaint landed her first paid acting job as Lady MacBeth with Shakespeare & Company. She spent the first 12 years of her career acting on stage in New York City before moving to Los Angeles. Currently, she once again resides in New York State.