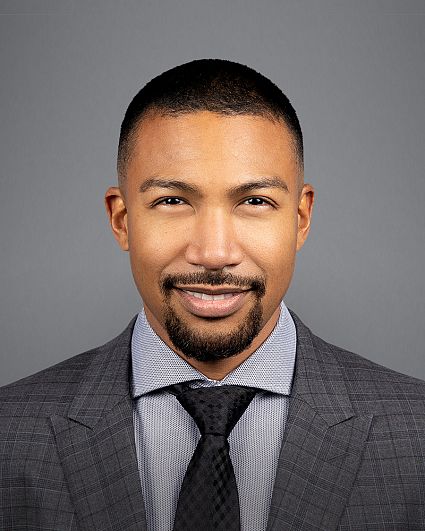 Special Agent Quentin Carter
Charles Michael Davis
Biography
Actor, director, and photographer Charles Michael Davis is perhaps best known to television audiences for his roles on the Shonda Rhimes’ legal drama, For The People, Younger, Sex and the City from creator Darren Star and The Originals.

Hailing from Dayton, Ohio, Davis moved to Los Angeles where he landed recurring roles on Switched at Birth, The Client List and The Game. In 2013, Davis had a seven-episode story arc on Grey’s Anatomy as Dr. Jason Myers.

When he isn’t acting, Davis is a health and fitness buff whose regimen includes everything from ballroom dancing to Muay Thai and yoga. In addition, he enjoys the arts – he is a talented painter and photographer, and is currently learning how to play the piano. Also, he was a decorated track athlete at Miami University, where he attended college. His birthday is Dec. 1.
He can be followed on Instagram @CharlesDavis2020.