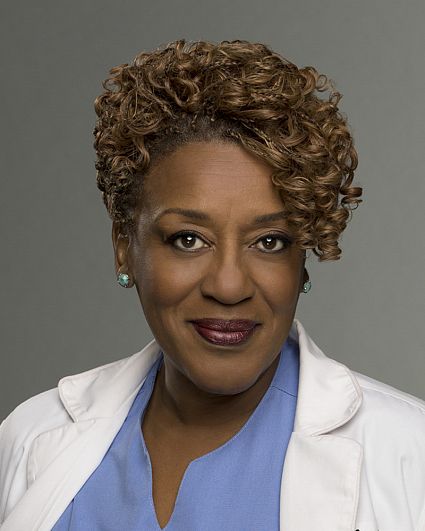 Dr. Loretta Wade
CCH Pounder
Biography
CCH Pounder is revered by critics and fans alike for her powerful performances in film and television. Pounder has received four Emmy Award nominations for her roles in the television series The No. 1 Ladies' Detective Agency, ER, The X-Files, and The Shield, where her performance as Claudette Wyms also awarded her a MIB Prism Award, two Golden Satellite Awards, and the Genii Excellence in TV Award. Additional television credits include Warehouse 13, Sons of Anarchy, Brothers, Revenge, and Law & Order: Special Victims Unit.

Pounder's film credits include Godzilla: King of the Monsters, The Mortal Instruments: City of Bones, Home Again, Avatar, Orphan, Prizzi's Honor, Postcards from the Edge, RoboCop 3, Sliver, Tales from the Crypt, Face/Off, End of Days, and her breakout role in Bagdad Café. In addition, Pounder will reprise her role in James Cameron's upcoming sequels Avatar 2 and Avatar 3.

Pounder received a Grammy Award nomination for Best Spoken Word Album for Grow Old Along with Me, the Best Is Yet to Be and won an Audie Award for Women in the Material World.

An advocate of the arts, she is active in the Creative Coalition. Pounder was a founding member of Artists for a New South Africa and serves on the board of the African Millennium Foundation. Recent accolades for Pounder include the Visionary Leadership Award in Performing Arts from the Museum of the African Diaspora (MOAD) in San Francisco, the 2015 Carney Awards, the Lifetime Achievement Award from Chase Brexton Health Care in Baltimore, 2015 honoree at the Grand Performances Gala in Los Angeles, the 2016 SweetArts Performing Arts honoree from the Contemporary Arts Center in New Orleans, the National Urban League's 2017 Women of Power Award, and the 2018 Bob Marley Award from the American Foundation for the University of West Indies.

Born in Georgetown, Guyana, and raised in England, Pounder moved to the United States to attend Ithaca College. In 2010 she received an honorary Doctorate of Fine Arts from Ithaca College.

Pounder loves to travel the world. Currently, she lives in New Orleans where she recently renovated a house. Her birthday is Dec. 25. Follow her on Twitter and Instagram @CCHPounder.