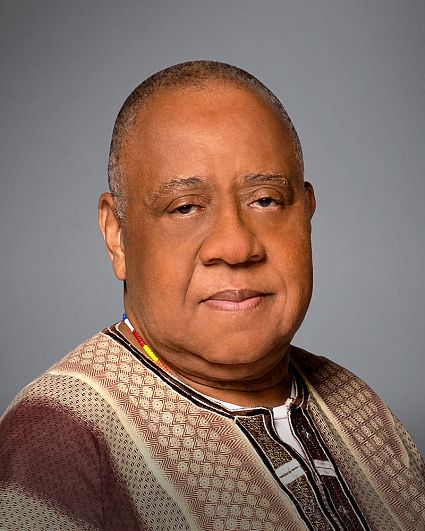 Uncle Tunde
Barry Shabaka Henley
Biography
Veteran actor Barry Shabaka Henley has a rich history of acting in many high-profile films, television shows and theater productions. Most recently, he appeared in the Oscar-nominated film A Star Is Born with Lady Gaga and Bradley Cooper.

Perhaps the biggest testament to Henley's talent is his professional collaboration with director-producer Michael Mann, who has cast him in multiple projects including his films Ali, Collateral, and Miami Vice, as well as the series Robbery Homicide Division and Luck, starring Dustin Hoffman.

Henley's other film work includes The Terminal, Rush Hour, Patch Adams, How Stella Got Her Groove Back, Bulworth, and Carrie. Also, he starred in Jim Jarmusch's film Paterson, which was in Official Competition at the 2016 Cannes Film Festival.

Henley got his start on the stage and has toured extensively with the theater production of Jitney and was a featured player in Richard II, Waiting for Godot, and As You Like It. He won an NAACP Award for his work in Rabbit Foot. Henley wrote and starred in Mingus Remixed, which premiered at the Lorraine Hansberry Theater in San Francisco. Also, he has appeared in productions of Satchmo at the Waldorf at the Court Theater in Chicago, Palm Beach Dramaworks, and Le Petit Theater in New Orleans.

Born in New Orleans, Henley currently lives in Los Angeles with his wife and son. His birthday is Sept. 15.